The International Union for Conservation of Nature the global authority on the status of the natural world and the measures needed to safeguard it classifies the giraffe as “Vulnerable”. Efforts are needed to ensure the species’ survival in the future. There are 9 subspecies of giraffe and several of these are rare and under threat. For example, the Rothschild giraffe is the rarest subspecies of giraffe found in East Africa with only 400 remaining. The Rothschild Giraffe are found in savannahs, grasslands and open woodlands of Uganda and Kenya and as all giraffe do, face many challenges in their natural environment such as of loss of habitat and habitat degradation.

African Lion Safari has maintained Rothschild giraffe for over 30 years. Giraffe however, are slow to reproduce because of their long gestation period. Development of a successful breeding program and a full understanding of giraffe reproductive physiology therefore, requires a long term commitment.We have been active in the investigation of the reproductive physiology of giraffes and the development of breeding strategies that will assist in maintaining the health and genetic diversity of both captive and wild populations of the Rothschild Giraffe. 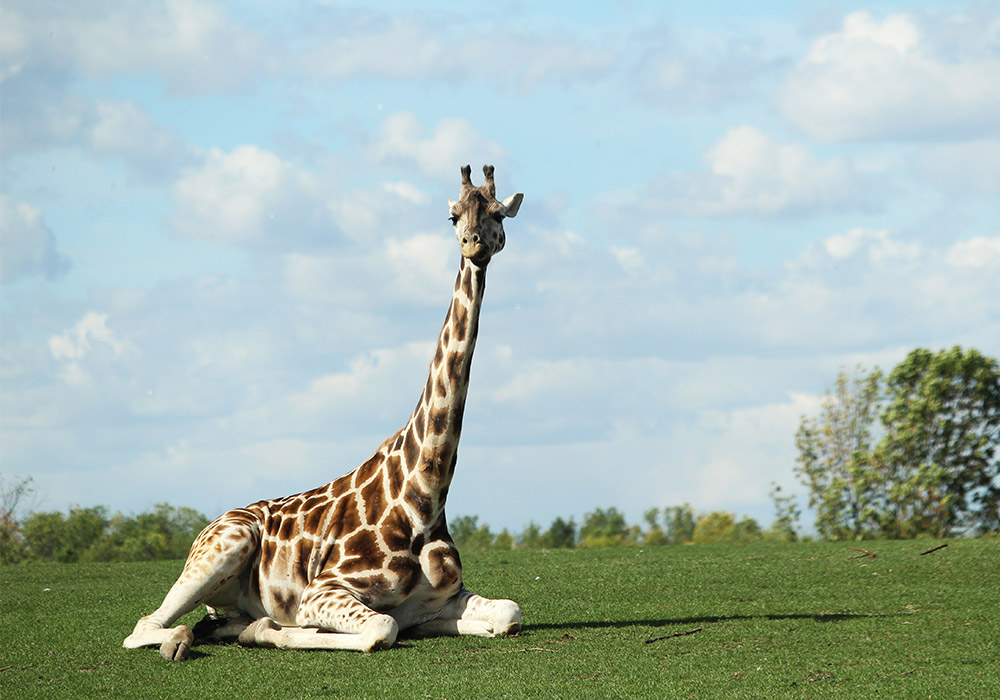 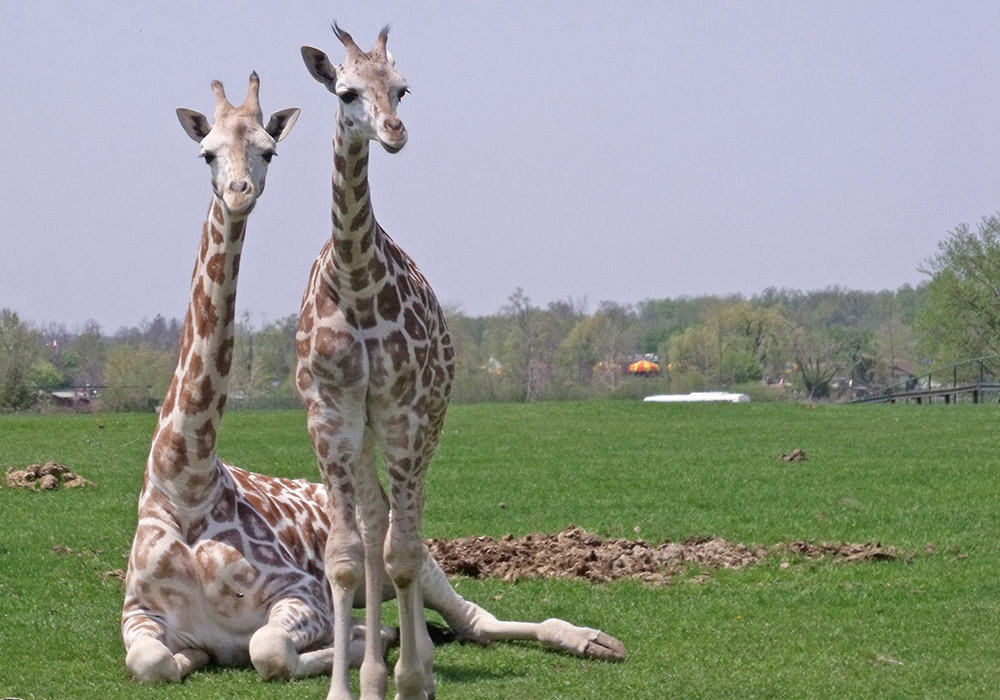 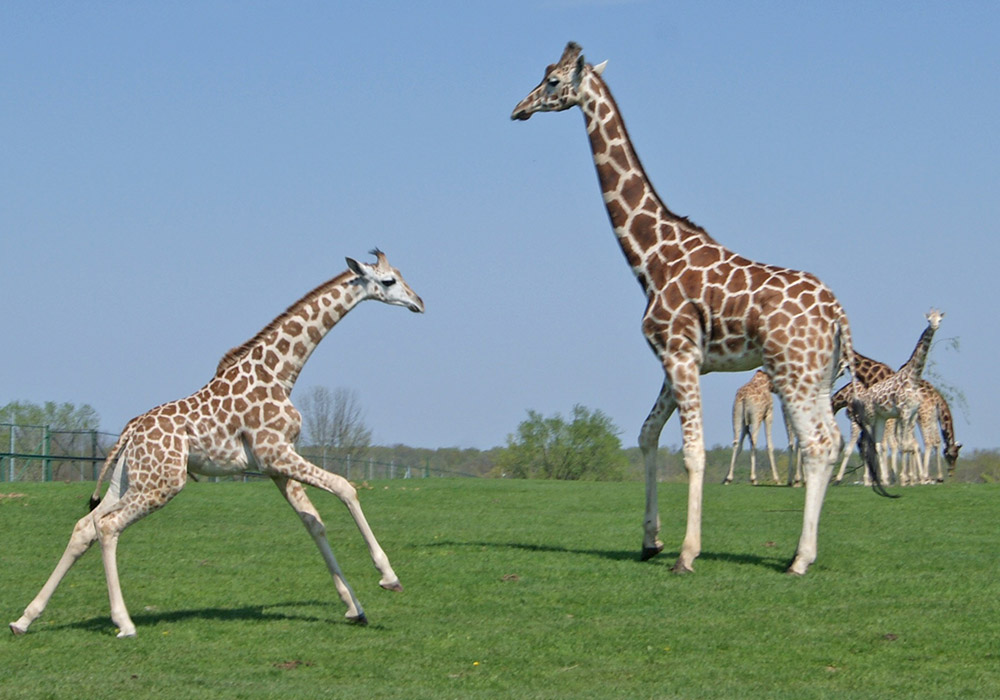 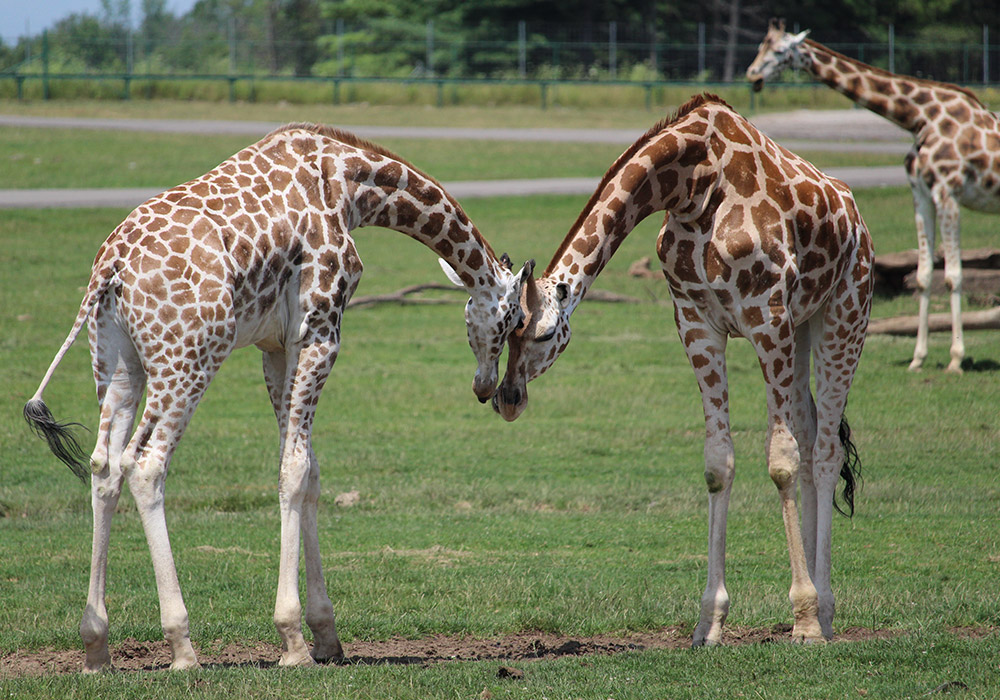 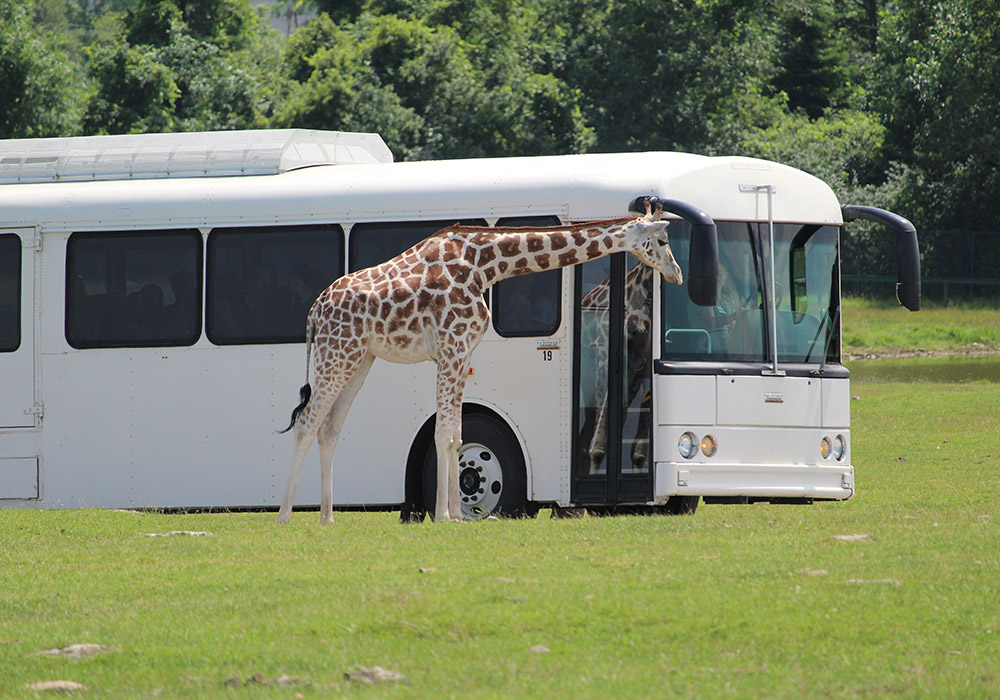 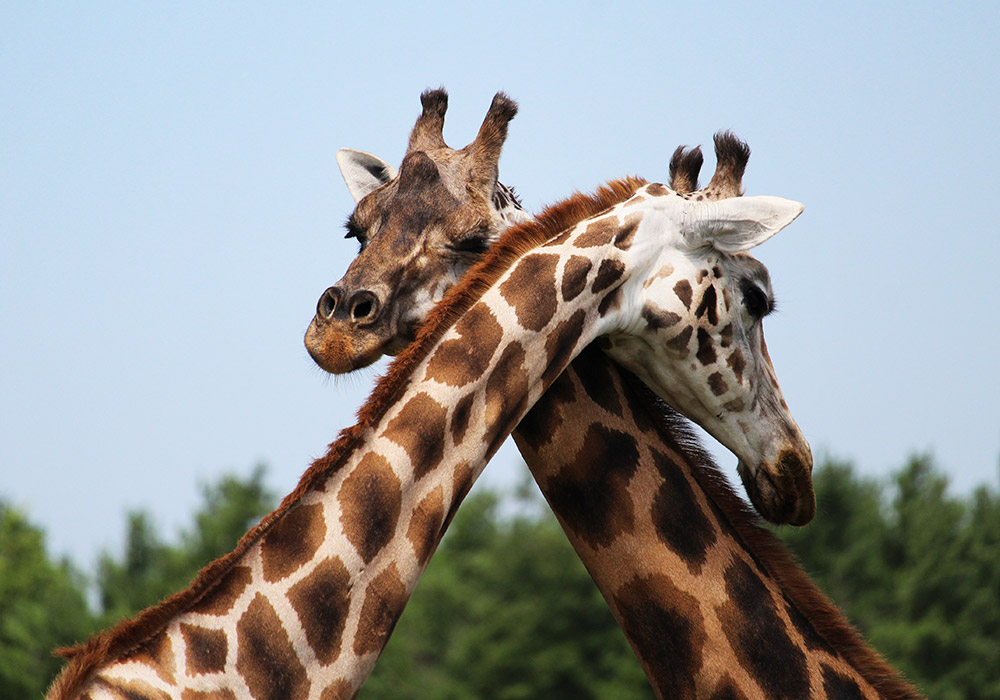 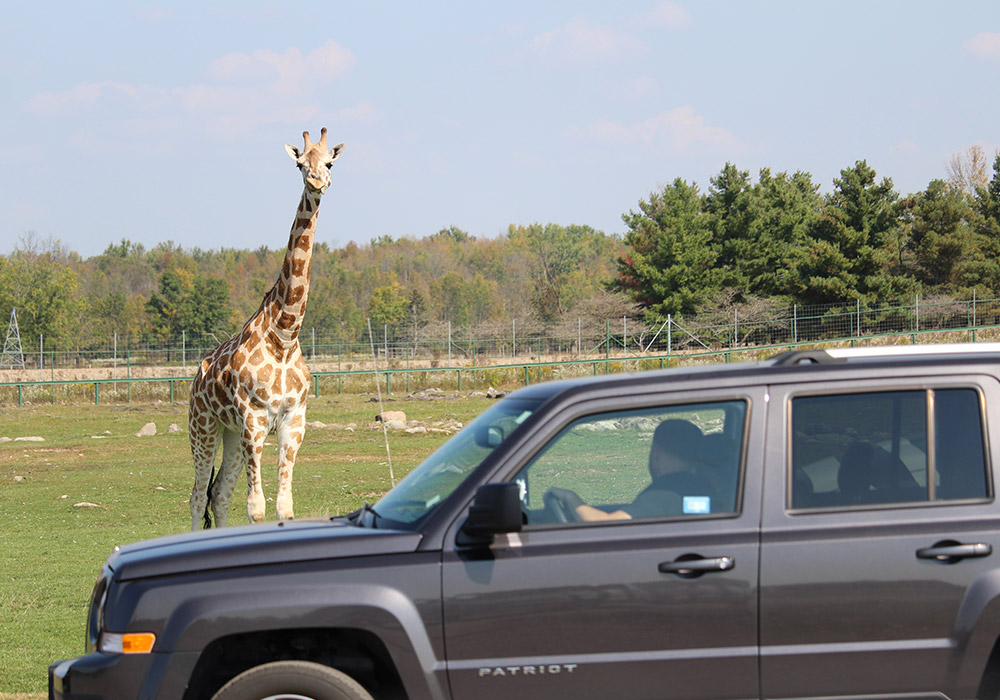 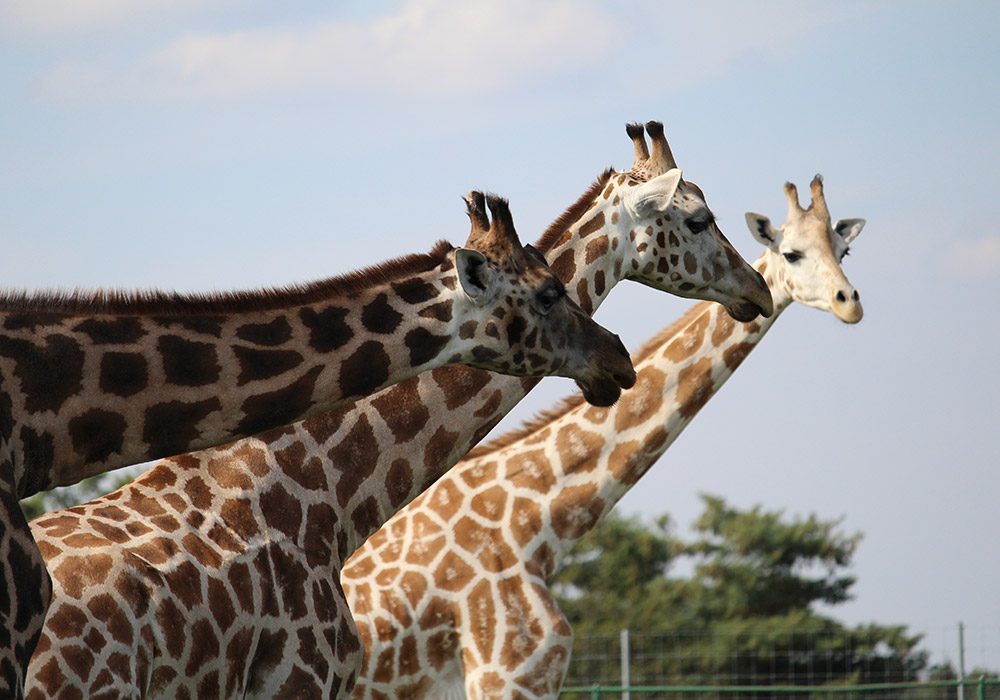 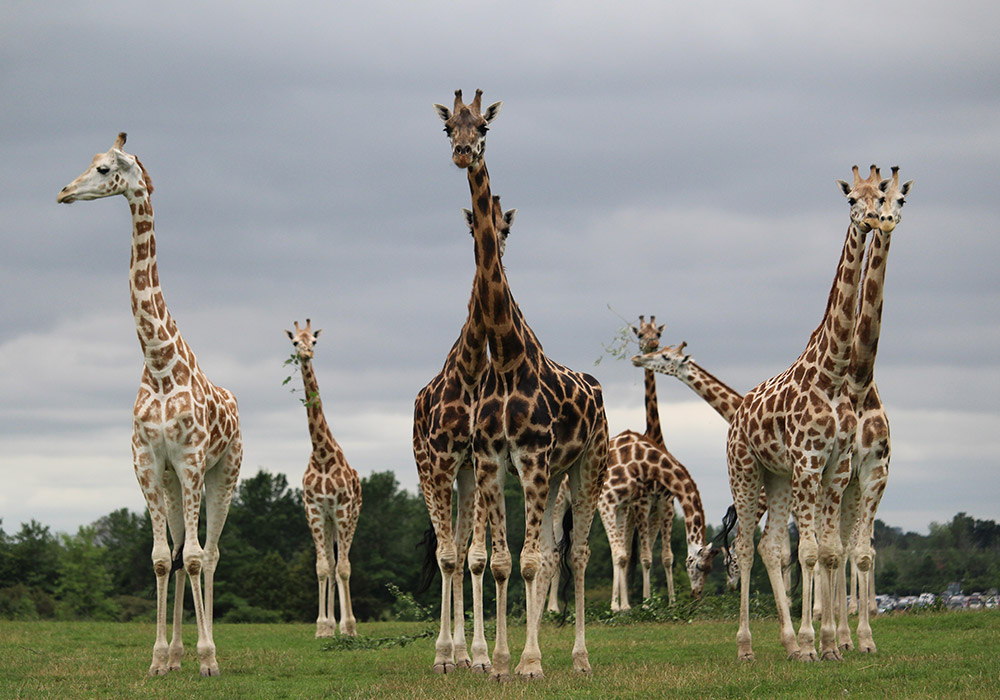 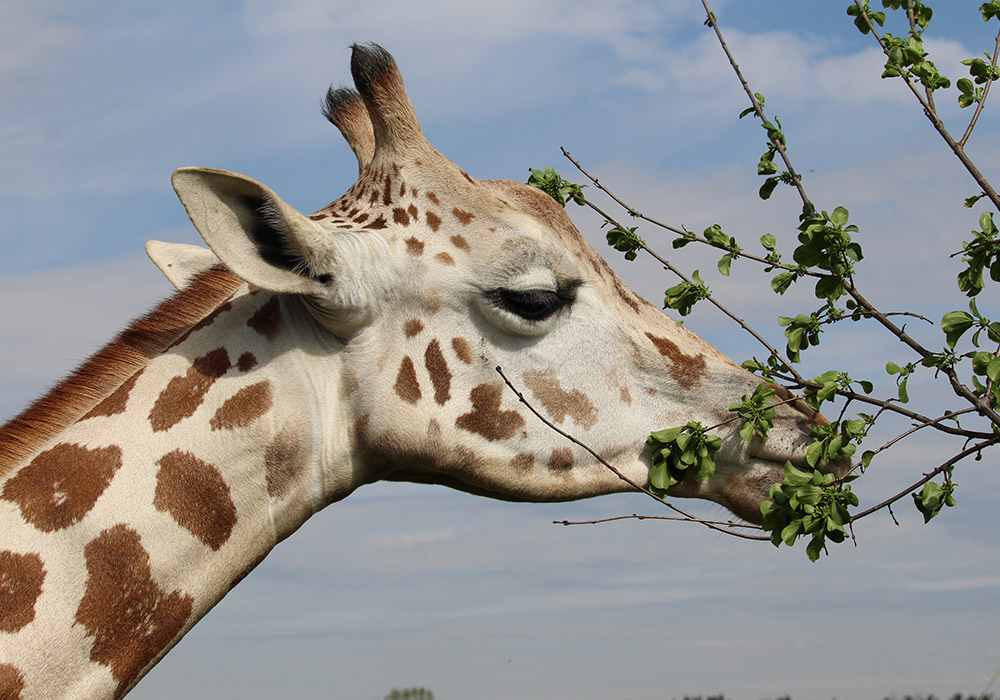 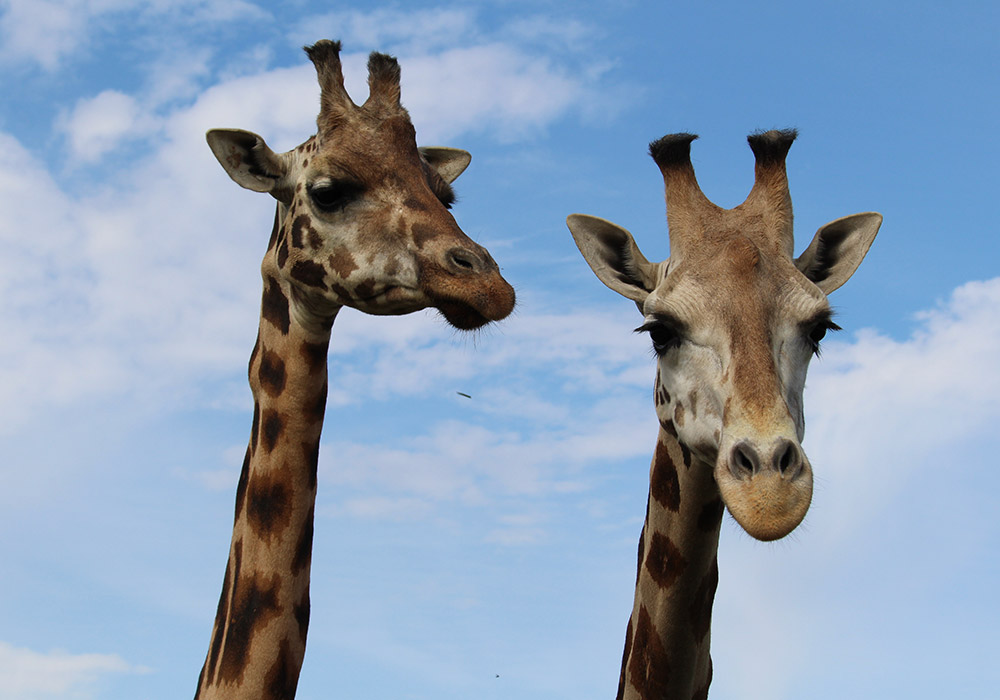 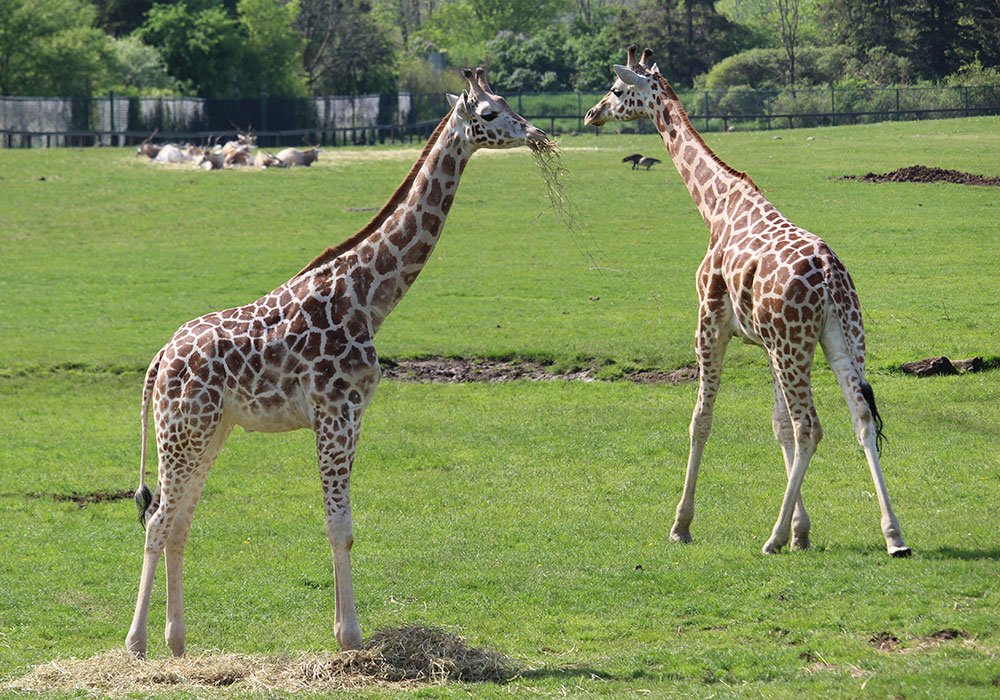 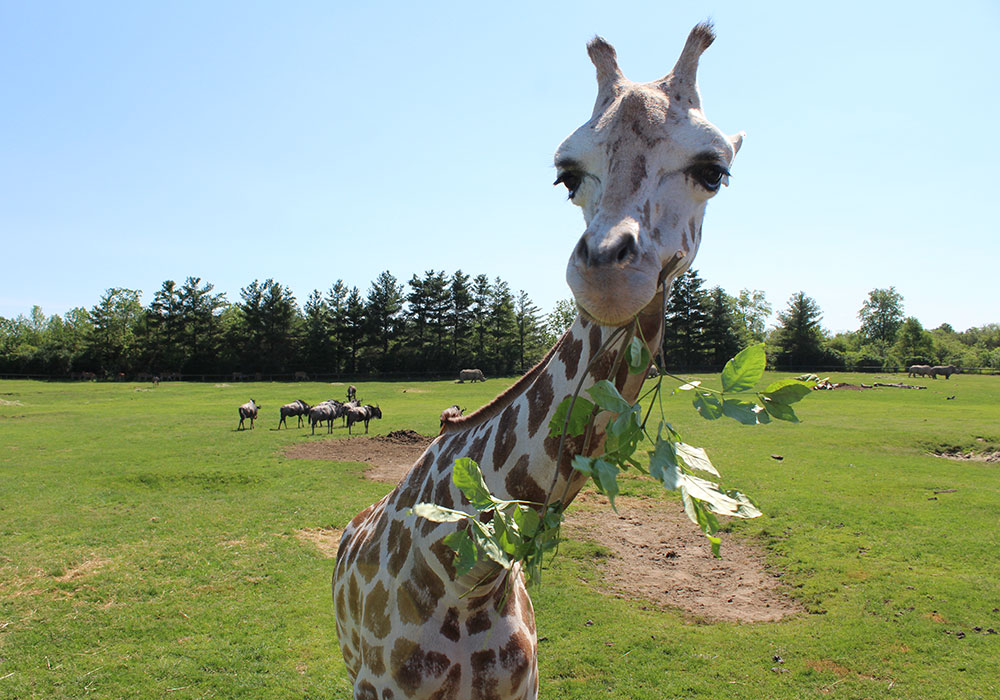 The unique body shape and size of the giraffe present challenges in the ability to perform husbandry and medical procedures. African Lion Safari has developed a management program that allows us to handle giraffe safely and efficiently. This program has allowed African Lion Safari to gather valuable information on giraffe reproductive physiology while maintaining our giraffe in optimum health and condition.

In 1973, African Lion Safari became home to 3 Rothschild giraffe which was a first in Ontario.

On June 2, 1977 the park announced the birth of Ontario’s first baby giraffe.

Since 1977, African Lion Safari has had over 25 giraffe born at the park.

In October, 2007, African Lion Safari was recognized by Canada’s Accredited Zoos and Aquariums (CAZA) with the “Outstanding Achievement Award” for its work in Giraffe Management and Reproductive Research.

On December 31st, 2013 African Lion Safari welcomed “Safari”, Canada’s first artificially inseminated giraffe. This is the first time a giraffe has been born by means of artificial insemination in Canada and only the second time ever in the world.

May 2016, African Lion Safari welcomed “Jenga” the first artificially inseminated giraffe from frozen semen, ever in the world!

The regular collection of blood and fecal samples for hormone analysis and the performance of ultrasound examinations has enabled African Lion Safari to gather and correlate data with direct observation. Through these procedures decisions and predictions regarding reproduction can be made to improve success.