Although a Bird of Prey is generalized as any bird that will hunt other animals; raptors are more specifically meat eaters that use their highly developed feet to catch their food. African Lion Safari’s Birds of Prey Conservation Centre consists mainly of these birds with this unique raptorial grip. Most raptors have hooked beaks, keen eyesight, sharp talons and powerful wings. As a general rule the larger the bird the longer they live, therefore some raptors can live 8 to 50 plus years. 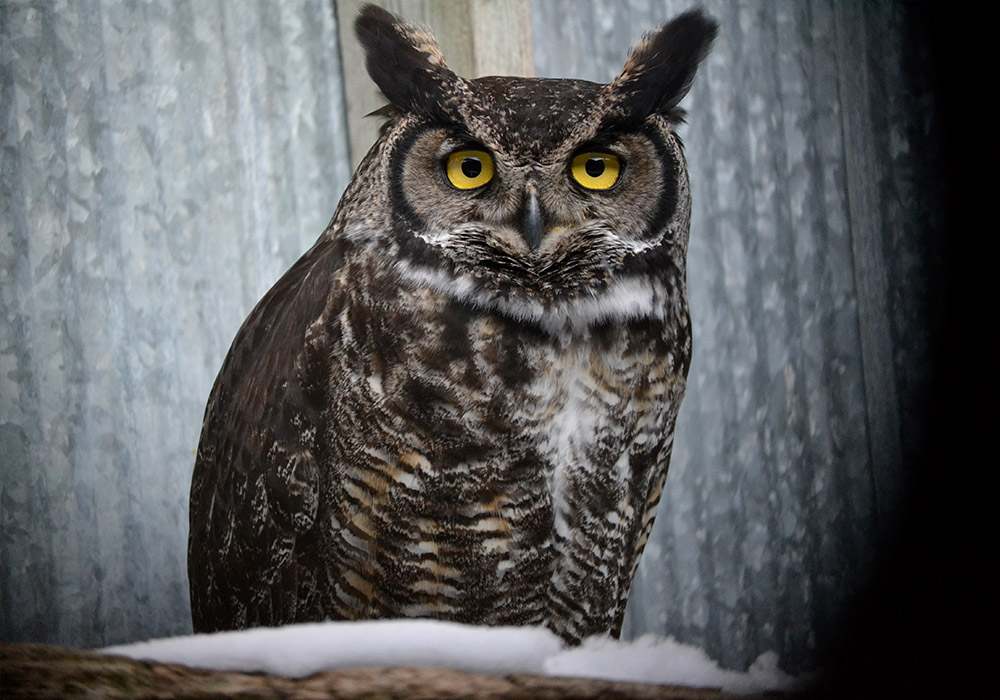 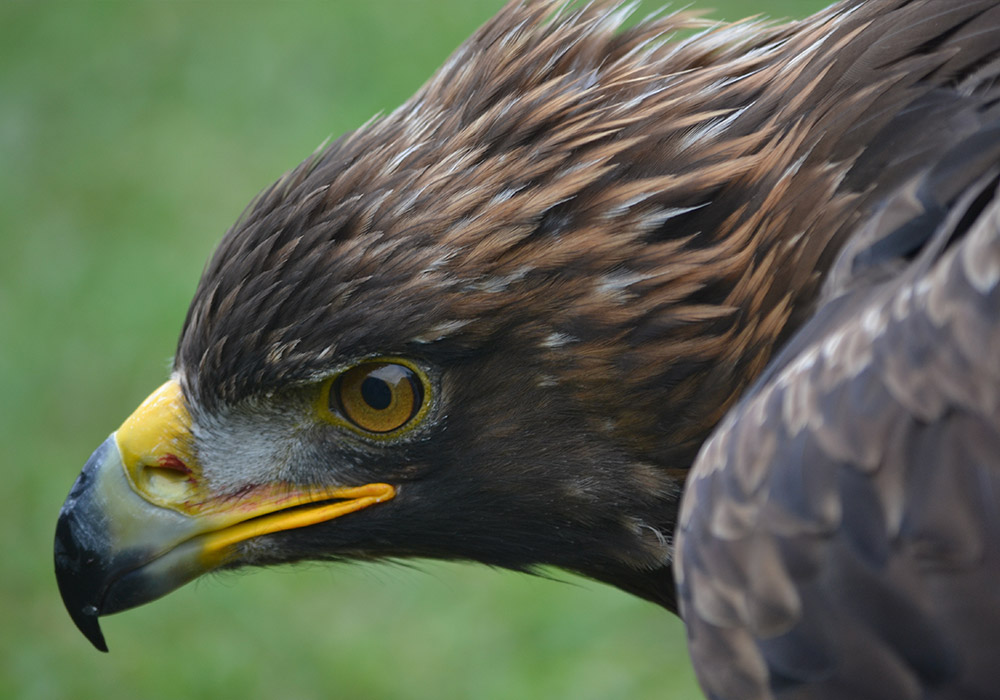 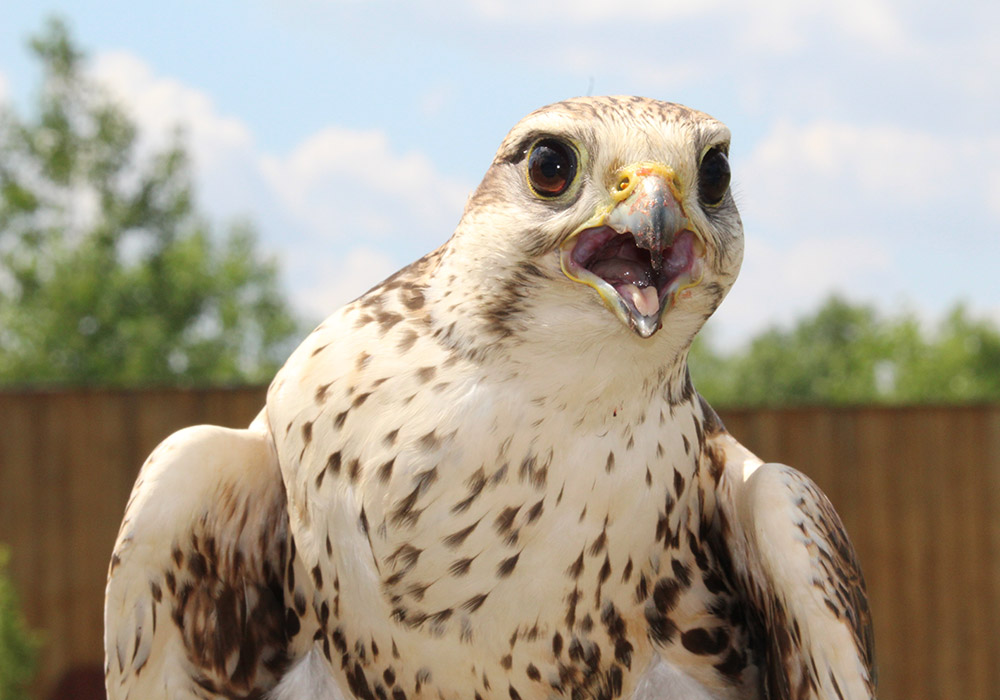 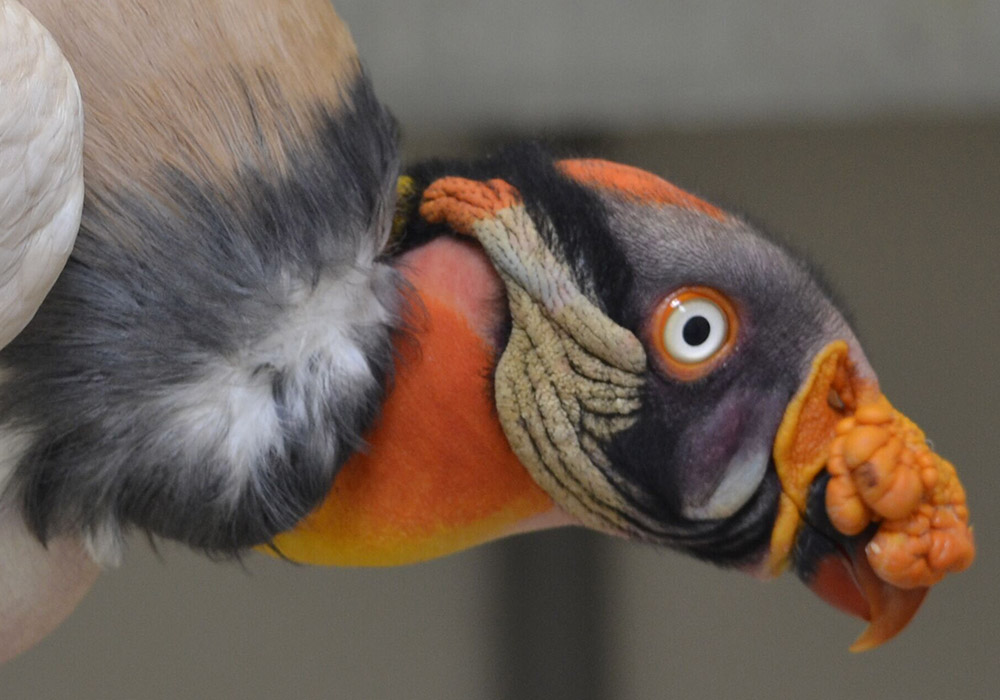 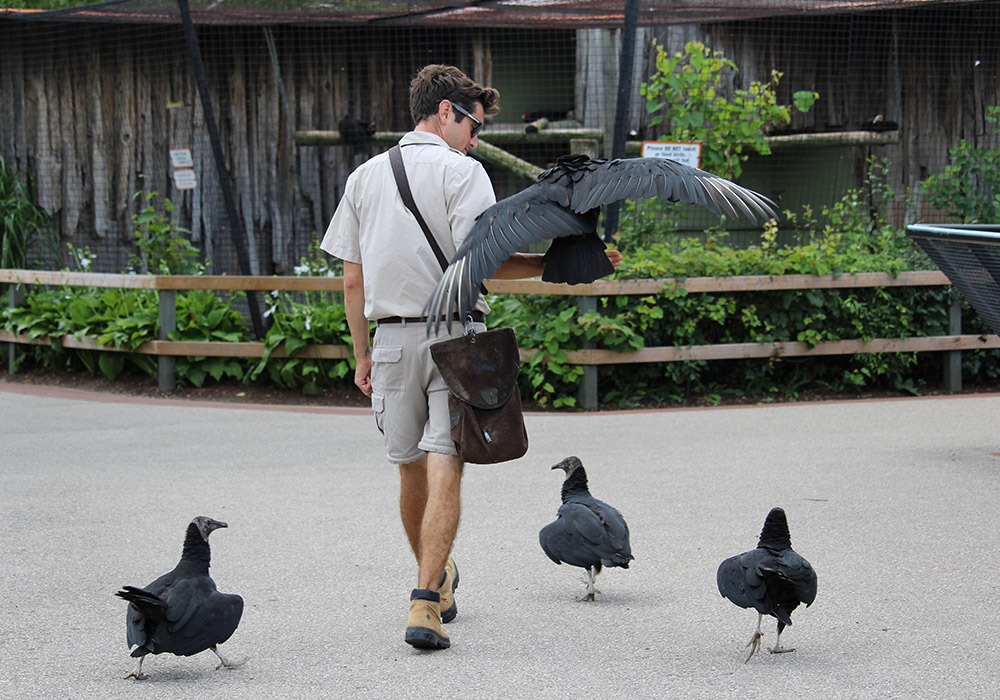 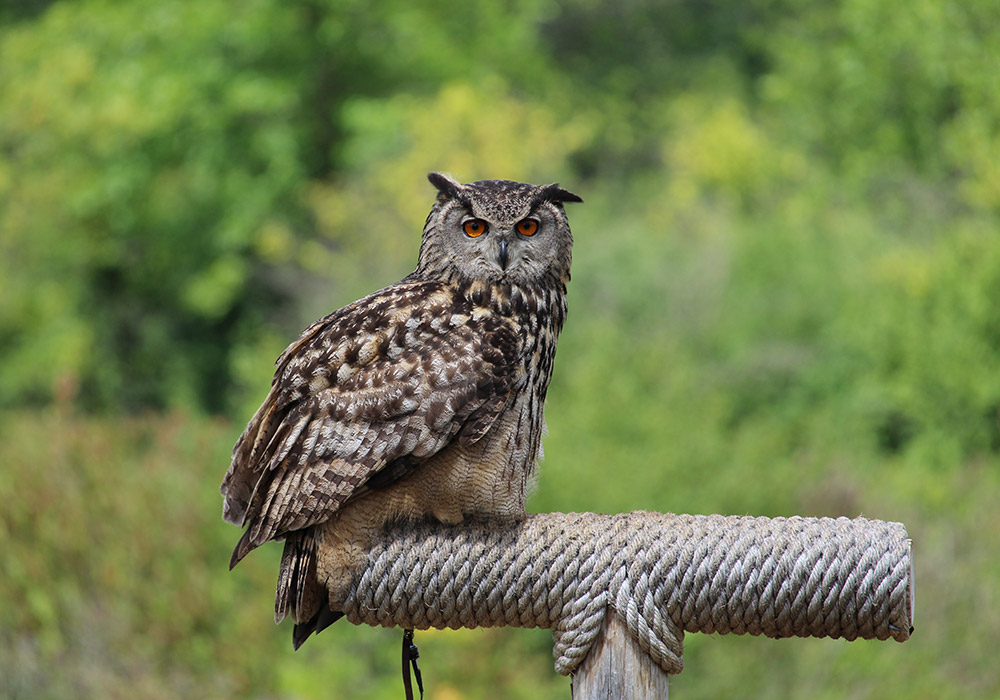 In 1979, the Birds of Prey Conservation Centre opened at African Lion Safari with the goal of providing visitors with an opportunity to view raptors in close proximity. Today the Conservation Centre is home to one of the largest and most diverse collections of raptors in North America. This includes vulnerable, threatened and endangered species such as the Steppe Eagle, Cinereous Vulture, Snowy Owl, Saker Falcon and Steller‘s Sea Eagle. African Lion Safari is also home to a variety of native species including the once threatened with extinction iconic Bald Eagle and Peregrine Falcon.

To date, African Lion Safari has released into the wild the Bald Eagle in Missouri, Ferruginous Hawks in Alberta, Burrowing Owls in Alberta and Barn Owls in Ontario and Illinois.

The aim of African Lion Safari’s Bird of Prey Conservation Centre is to continue to focus its effort on education, breeding and conservation allowing guest to experience a close encounter with birds flying free daily in our presentations.

Parrots, also known as psittacines, are a group of birds characterized by their upright posture, zygodactyl toes and remarkably strong hooked beaks. They have an incredible memory, highly developed intelligence and an ability to mimic human speech making them captivating individuals.

There are more than 350 known species of parrots found living in a wide variety of terrains. Although some exceptional parrots survive in environments at high altitudes in snowy regions, they are mainly found in the tropical regions of Central and South America, India, Southeast Asia, Africa, Australia, New Guinea, New Zealand and the South Pacific. Unfortunately they are considered one of the most endangered groups of birds with more than a quarter of the world’s parrot species threatened with extinction. 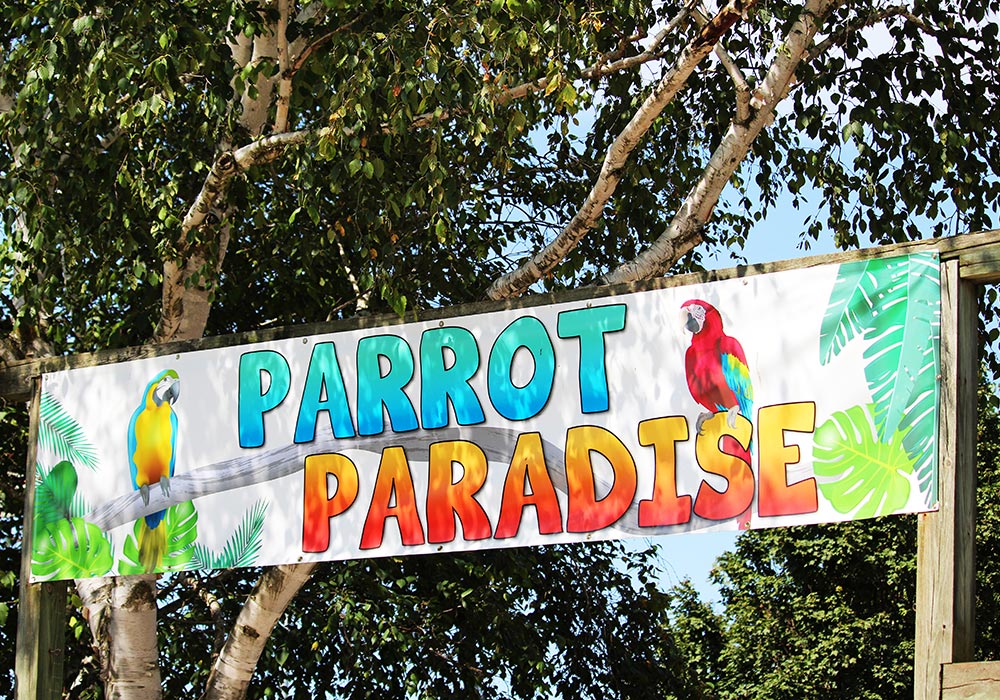 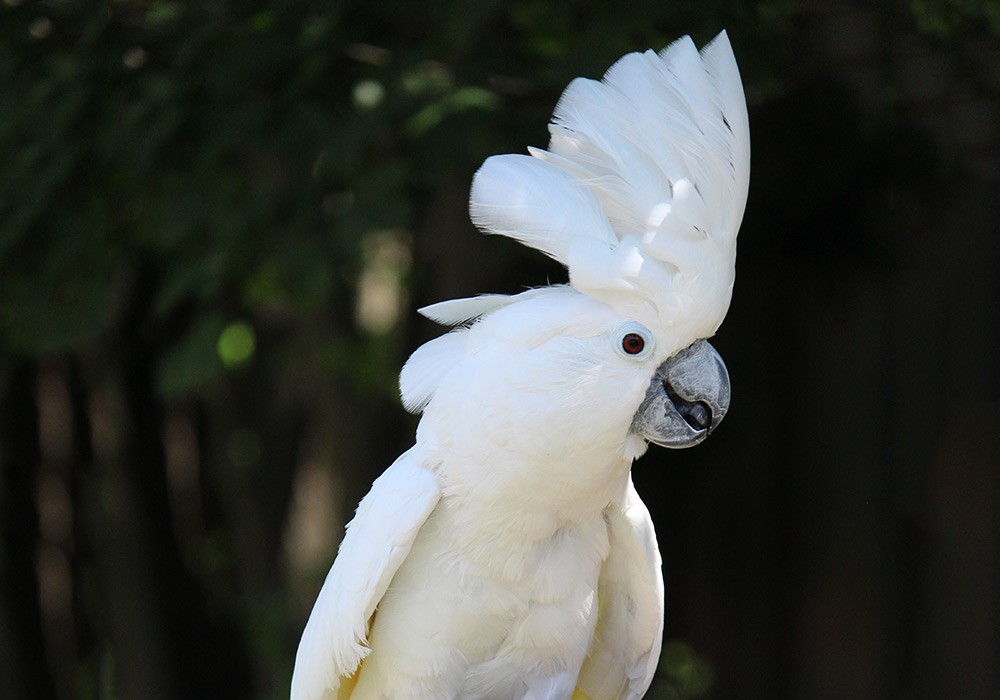 African Lion Safari has been home to several parrot species since 1980 and successfully bred its first Military macaws in 1985. Since then the park has concentrated its efforts on some of the larger species of parrots and has successfully bred Militaries, Blue and Gold, Green-winged and Scarlet Macaws. These offspring are second and third generation. Today the collection focuses on some of the larger parrot species housing several Macaws, notably the endangered Buffon’s (Great Green) Macaw and critically endangered Blue-throated Macaw.

African Lion Safari’s main objective is to continue to maintain a collection of diverse psittacines that can be bred and trained for education and display purposes.