African Lion Safari is very committed to the conservation of the Asian elephant. We have a long and distinguished record leading research and conservation efforts on the species. Elephants have an extraordinary long pregnancy, lasting 21 months. However, knowledge on embryo development is limited. To date, only single morphological observations of elephant embryo development are available and no information exists on development at specific gestational development phases. The studies conducted at African Lion Safari describing the morphological characteristics of early embryo development in the Asian elephant provide precise information on growth and development rates of the embryo. Six pregnancies in three Asian elephants with known conception dates were followed using both 2D and 3D ultrasound, covering the embryonic period from ovulation to day 116 post-ovulation.

Evidence of an embryonic vesicle was first observed on day 50 post-ovulation but a proper embryo was not detected until day 62. A heartbeat was first heard on day 71. As early as day 95 post-ovulation, the head, rump, front and hind legs were clearly distinguished! The study provided a detailed description of elephant embryonic development, formation of the extraembryonic organs and their role in placentaformation, all of which are of interest for both comparative evolutionary studies and the improvement of assisted reproduction techniques. The research was conducted collaboratively with the Institute of Zoo and Wildlife Research, Berlin, Germany and published in the journals Theriogenology and the Proceedings of the Royal Society B. 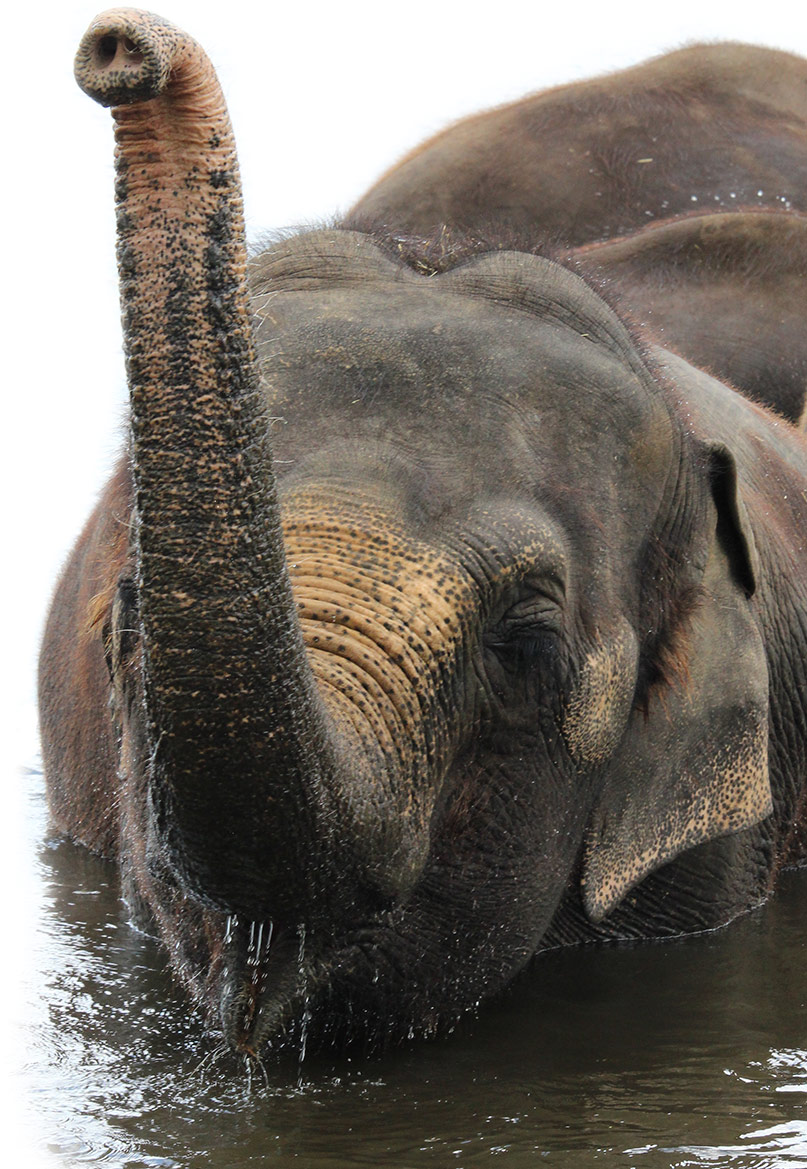