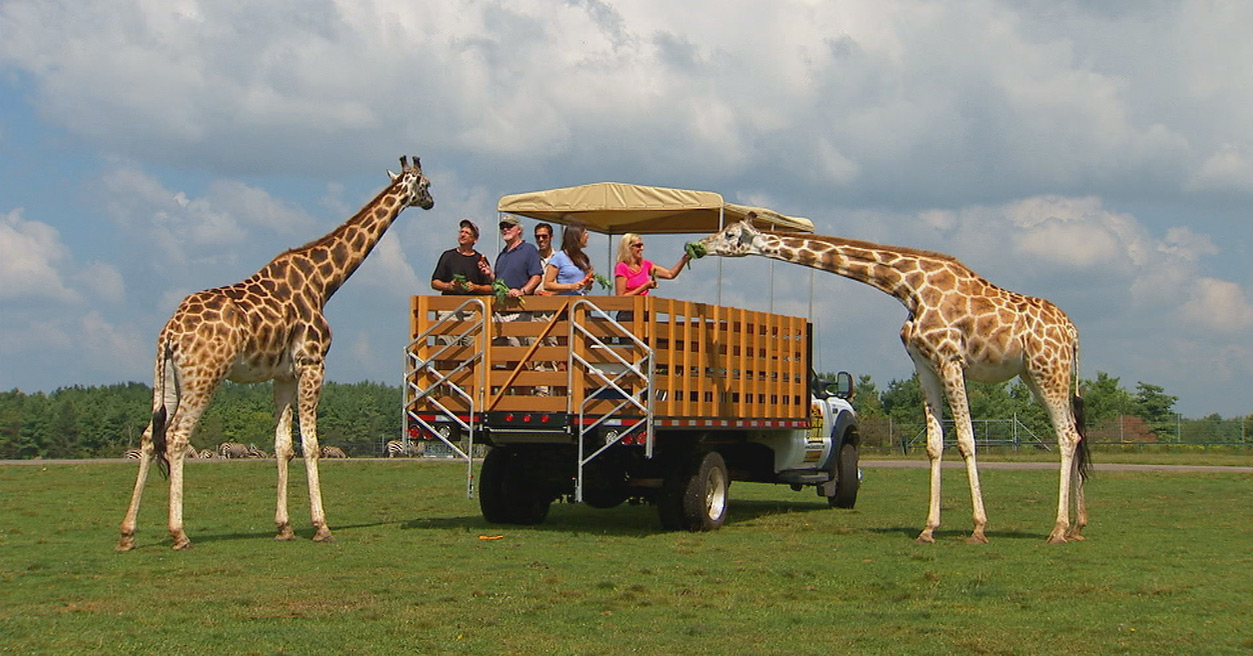 Animal Attraction: Behind the Scenes at African Lion Safari

Excited and nervous: That’s how I felt before embarking on a VIP behind-the-scenes safari called Wake Up the Wild at African Lion Safari. It promised up-close encounters with some of the park’s most beloved animals, including a chance to hand feed Rothschild giraffes – the chance of a lifetime for any animal lover.

A bit of background: My interactions with wildlife, especially monkeys, have been somewhat complicated to date. When I was five-years-old, I let out a blood-curdling scream from the front porch of my home in the east end. I was having a tea party at my kid-sized table and found a chimpanzee sitting in the chair opposite me, eating all my snacks. Not every Hamilton kid grows up with a monkey living on her street, but I did. The neighbors a few houses down had one as a pet and it had escape. My mother called the monkey’s parents to retrieve their fur child and my tea party continued primate-free.

Then a few years later, at African Lion Safari, I accidentally dropped one of my new peach coloured mittens into the baboon cage. The baboons loved it and fought for its possession while a staff member tried to retrieve it in exchange for a donut. Finally, I had it, though a bit worn and spitty. Another disaster averted.

I had not been back to African Lion Safari since and it was time. I had heard about their fantastic conservation initiatives and many successes with breeding programs, especially with cheetahs. I wanted to learn more so I signed up for the Wake Up the Wild experience. It gives visitors a chance to see the animals (more than 100 species in residence) much closer than you can by just driving through parts of the park in your car.

The departure happens at 9 a.m. before the gates open. It starts with the cheetahs. They’re gorgeous creatures and very endangered. African Lion Safari has had the most successful breeding program in the world, helping to boost their numbers. The secret, according to our guide Heather, is that they let the males choose their partners. Like in the dating world, some couples click and others don’t. The guy cheetah gets to mate with the female he likes most, indicated by a weird high pitched yipping sound.

On to the lions. Here, you’re the one caged in an open-air bus, while they roam free on beautiful, expansive grounds and are given their breakfast – chunks of raw beef.

Out they trotted, a male and his gal pals, directly to the meat. We watched silently and listened to them gnaw and crunch as they ate. At times, we were less than 10 metres away. It’s hard not to feel awed by their beauty.

We gawked at the rare white lions while they were also dining before switching vehicles – now into a more open, cage-free truck that went off road to get closer to the critters, including zebra, rhino, wildebeests, ostriches and others. As we drove through one of the African themed game reserves, it was impossible to miss the giraffes from a distance, their long necks and heads poking up past the treetops.

Giraffes seemed dream like. Imagine being surrounded by almost a dozen of them. Our truck stopped and there they were. This was our chance for a really close encounter, thanks to a generous supply of carrots and lettuce leaves. We stood at the back of the truck with veggie in hand, waiting for them to approach.

The giraffe babies (calves) were skittish and not willing to come close. But some of the adults obviously knew the drill and approached slowly and gracefully. I offered the carrot and a female named Farrah was the first up. She took the carrot from my hand, as she tickled my fingers with her chin whiskers and left a thin film of drool. She came back for more, then more, then more. Apparently, Farrah is well known for being a bit of a piggy, so our guide put a lid of the massive box of carrots and we moved on.

Our visits with the animals lasted more than two hours. Along the way, we got a steady dose of factoids, plus get to hold a real ostrich egg and a set of antlers. My mind can’t absorb all of them. I’m still stunned by what I’ve seen and how close I’ve been able to come to so many beautiful animals.

When we wrap up our Wake Up the Wild experience, I don’t want my animal time to end so we head to the park. I heard that there were three baby Asian elephants on site and Ihad to see them. We hang around even longer because we want to see the elephants go swimming in the lake. I’m glad we did. It was mesmerizing watching them play and splash in the water. The two little ones stayed close to their moms and experimented with things their trunks could do.

My time at African Lion Safari was exhilarating, magical and oodles of fun. I vow to return soon. I think I’m ready now to make friends with monkeys once again. I’ll save that for another day.